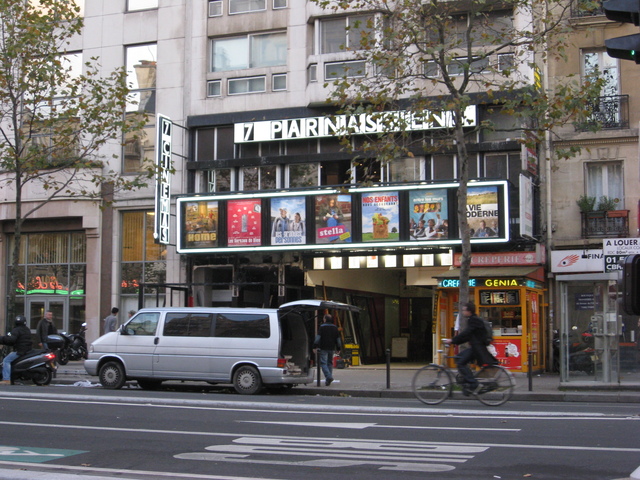 In the 1970’s, plans for a cinema with five screens, a video arcade, a bar and a restaurant eventually opened as a seven screen multiplex in 1978.

It is located in a small mall between the Boulevard Montparnasse and another street. It was very unusual in Paris during that time to queue inside a theatre when weather is bad, but at this theatre there is room enough to hold the capacity of the multiplex. The design was awful and was not a very comfortable place, but it premiered first run art movies in their original version in the Montparnasse district.