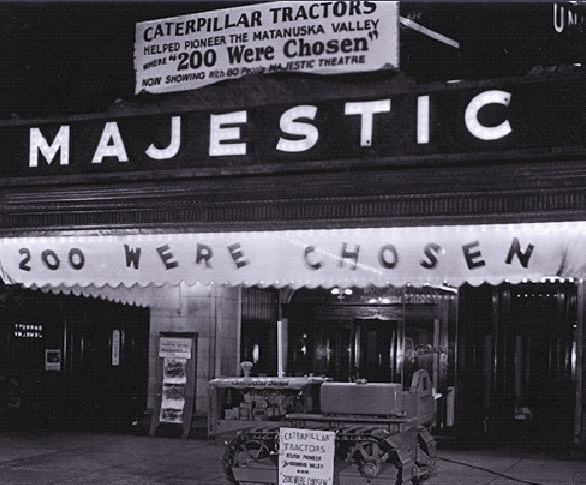 The Majestic Theatre opened in 1906 and was located on Jefferson Avenue near Fulton Street. Part of the Publix Great States Theatres chain, it was closed in 1946.

It later housed radio and television studios and has now been demolished.

I lived in Peoria from 1942 and the Majestic was not showing any movies in my time. I think there were occasional special live performances there before it became the WMBD-TV studios in the early ‘50’s. Bill Adams, who wrote many reminiscence columns for the Peoria Journal Star in the '80’s & '90’s is the person to contact about the history of theaters in Peoria (he managed the leading theater, the Madison, for many years). He could be contacted thru the newspaper.

Here’s a link to a photo of the Majestic in it’s first incarnation: