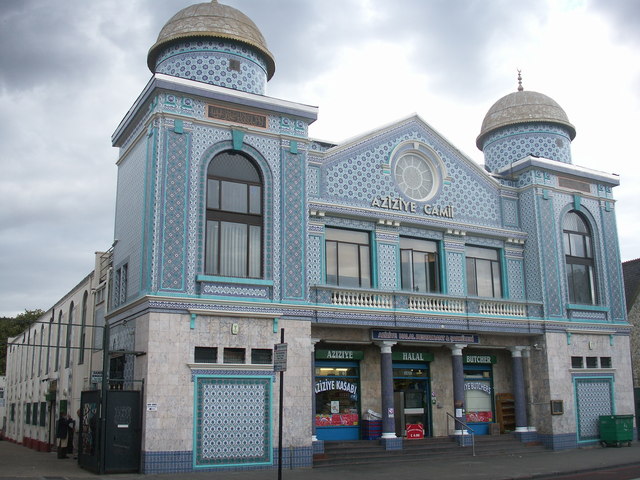 Located in the north London inner city district of Stoke Newington. Opened as the Apollo Picture House in 1913. It was taken over and operated by London & Southern Super Cinemas circuit in 1933 (they also operated the nearby Kingland Empire Cinema in Dalston - now the Rio Cinema) It was modernised re-opened as the Ambassador Cinema on 7th August 1933.

Taken over in around 1936 by Watford Amusements and in 1937 was aquired by Oscar Deutsch’s Odeon Theatres Ltd. chain, although they never operated it. It was leased out to another independent operator and ran the Odeon release films concurrent with the Odeon Dalston and the Super Cinema, Stamford Hill.

The Ambassador Cinema closed on 7th December 1963 with Danny Kaye in “The Man from the Diners Club” and James Darren in “Gidget Goes to Rome”. After a short while of closure it was taken over by Star Cinemas and converted into a Star Bingo Club by 1965.

It was converted into a mosque serving the local Muslim community and in 1994 the auditorium was gutted, removing all traces of the former cinema. The space was decorated in a typical Mosque design and the exterior of the building, which always had two domed features each side of the entrance, was covered in highly coloured mozaic making it look like a purpose built mosque. Now known as the Aziziye Mosque and Community Centre. The former foyer is in retail use as a small grocery store.

A recent photograph of the former Astra Cinema:
View link