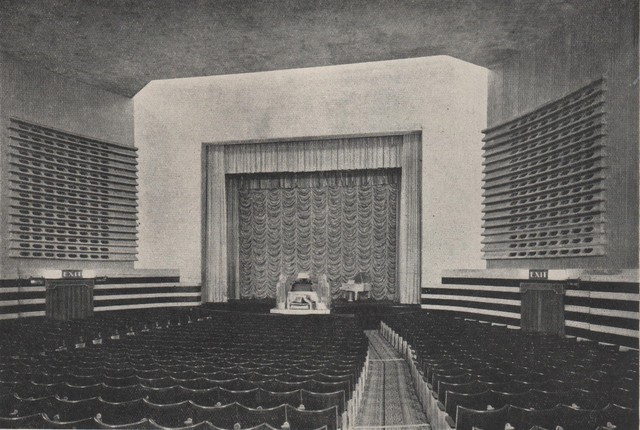 The Regal Cinema was built for the County Cinemas circuit who had been operating the adjacent Hippodrome Cinema (former Hippodrome Theatre). It opened on 21st December 1934 with Jack Hulbert in “The Camels are Coming”, and was a splendid example of an Art Deco cinema of the period.

It had a narrow entrance that was basically a corridor leading to the auditorium at the rear. There was a café located above the entrance foyer. Inside the auditorium seating was provided in stalls and balcony levels. It was equipped with a Conacher 4Manual/12Rank theatre organ which was designed and opened by Reginald Foort.

County Cinemas were taken over by the Oscar Deutsch Odeon Theatre’s Ltd. chain from September 1939 but it retained its Regal name.

Sadly, disaster struck on the evening of 7th September 1941 when a largely military audience were evacuated from a screening of “Kipps” starring Michael Redgrave when an air raid warning sounded. A German bomb totally destroyed the auditorium moments later.

The Regal Cinema was never re-built, the entrance corridor was not damaged and was later taken over by a branch of the National Provincial Bank. This was demolished in 1966 and the site was cleared, together with the adjacent Hippodrome Theatre, and offices containing a magistrates court and shops were built on the site.