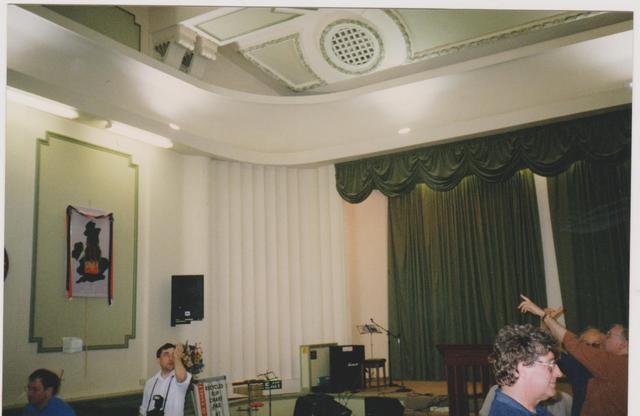 Opened on 15th February 1915 as the Cinema de Luxe, the imposing facade with its arched windows hide a rather squat auditorium that required a projection box situated high in the building, giving a steep throw onto the screen. Seating was provided in stalls and circle.

The name was changed to Plaza Cinema in January 1930 when seating was given as 422. Talkies were a little late coming to the Plaza Cinema, arriving in March 1930 with Charles Bickford in "Hells Heroes". In 1936 the auditorium was modernised to give a 1930’s look, adding concealed trough lighting in the ceiling from the balcony forward to the 22ft wide proscenium arch, leaving the much earlier ceiling over the balcony intact. By 1944 the Plaza Cinema was operated by Lou Morris. It remained a full time cinema until closure on 14th January 1984 when the film "Jaws 3-D" starring Dennis Quaid hit the screen for the final show.

However, all was not finished, as it re-opened for the summer season in June and closed in September 1984. From 7th October 1984 it re-opened as an adult cinema screening sex films, but this did not last long and was closed on 21st December 1984. It was re-decorated reverted back to mainstream films, re-opening for summer seasons only through 1985 - 1987, after which time, the projection equipment was removed from the building.

It became a church from 1988 and continued in this use as the New Life Christian Fellowship for many years. The circle has been partitioned off and is in use as class rooms and offices with a false ceiling hiding the original 1915 decorated ceiling. A pelmut has been added to the proscenium surround and church services took place in the former stalls area. By 2009, the church had vacated the building and it was standing empty. In 2014 it was taken over by the Salvation Army.

Interior shows a contrasting early ceiling with a thirties auditorium.

In August 2014 the Thanet Gazette reported the Salvation Army were moving into the Plaza. After repairs they will use it for worship and services to the Czech and Slovakian migrant community.