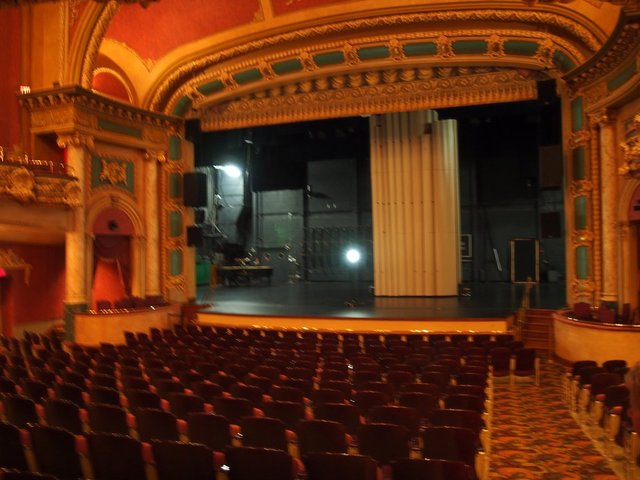 On September 19, 1913, the Imperial Theatre opened as a vaudeville house, and was decorated in lavish Italian Renaissance style and could seat 1,600 people in the main auditorium and balcony. It was part of the Keith-Albee circuit, and later was operated by its Canadian partner, the Saint John Amusements Company.

In 1929, the theatre was renamed the Capitol Theatre, and switched from combined vaudeville and motion pictures to full-time motion pictures. Having closed in 1957, the empty theatre was acquired by a church, which continued to meet there for the next three decades before the city of Saint John bought the theatre from the church.

A meticulous restoration project brought the theatre, again named the Imperial, back its 1913 elegance. One newspaper reporter called it the most beautiful of Canada’s restored movie palaces.

The Imperial’s grand re-opening was in 1994 and has since been a venue for the performing arts, drama and comedy acts.

The Imperial Theatre has been designated a National Historic site.

I’m assuming the above writer meant The Imperial stopped showing Vaudeville shows entirely by 1929, as the theatre was certainly showing flickers earlier than 1929, as this Saint-John newspaper advertises Buster Keaton’s “Three Ages” for January 4, 1924.

I briefly saw the exterior of the building which was pretty amazing but, didn’t have a chance to peek inside and see the interior but, it looks as if it must be a pretty unique theater.