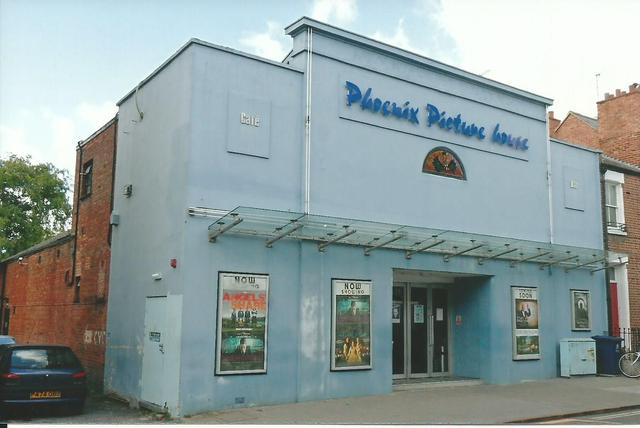 Opened as the North Oxford Kinema on 15th March 1913 with a seating capacity of 498 on one floor. It was commissioned by R.H.J. Bartlett and a Mr. Green who employed local architect Gilbert T. Gardner to design the building. There was an outer foyer which contained a sweet shop and soda fountain and an inner lounge vestibule used for waiting in. The auditorium had a curved ceiling, the walls had wooden panelling at seating level and decorative plaster panels higher up. The screen was set between two decorated pillars.

It was re-named Scala Cinema in 1920 when the Gloucester based Poole’s Company took over. In 1925 it was taken over by Ben Jay and re-named New Scala Cinema for a while. The next owner was J.E. Poynts who operated it from June 1930 until it was sold to Star Cinemas chain in 1970.

Star Cinemas converted the building into a twin cinema known as Studio 1-2 with seating for 220 and 105. On 17th July 1977 it was re-named Phoenix 1-2 and is now known as the Phoenix Picture House operated by City Screen and Picture House Cinemas.

The Phoenix was equipped for digital screenings in January 2007.