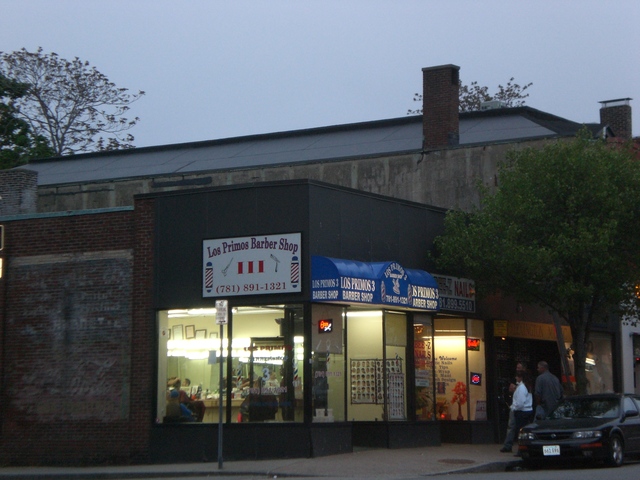 The Waltham Theatre was an old neighborhood cinema in downtown Waltham, a suburb to the west of Boston. It was at one time run by M & P Theatres, a Paramount affiliate. Further information welcomed.

The Waltham Theatre was included in the MGM Theatre Photograph and Report project. The entrance was in the center of a 2-story building with a heavy cornice along the roof. There was a 1920s-style rectangular marquee with “Waltham” in big bulbed letters on the front. There are small shops on either side of the entrance. The Report states that the theatre is at 410 Moody St. in Waltham, that it has been showing MGM films for over 10 years; that it’s over 15 years old, and is in Fair condition. It had 370 seats on the main floor and 305 in the balcony; total: 675 seats. The 1927 Film Daily Yearbook lists the Waltham as having 1400 seats and open 6 days per week. The 1942-43 Motion Picture Almanac shows it as being part of M&P Theatres.

I worked at the Waltham theatre back in the fourties till it closed down.The manager was Jack O'Halloran.

In my post above of 1-28-07 I should have pointed out that the photo of the Waltham Theatre on the MGM Report is dated May 1941.

What year did the Waltham close? i dont remember it.I grow up in Waltham maybe before my time.

Not sure why this is listed as demolished as it still seems to be there in all views.