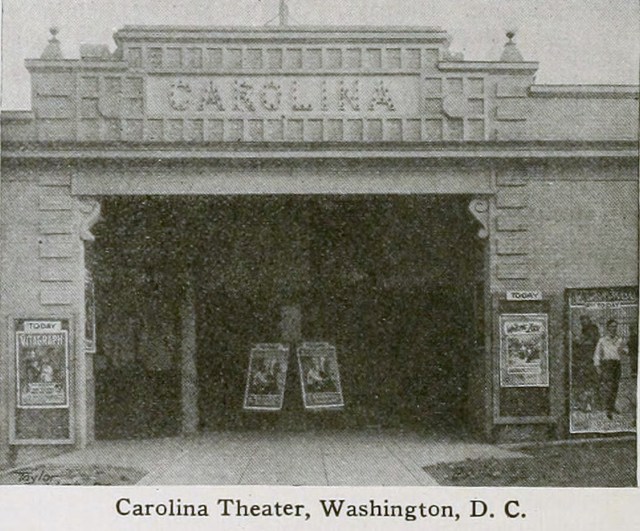 The Carolina Theatre opened in 1913 and was designed by B. F. Meyers with a seating capacity of 280 and a main entrance on North Carolina Avenue. It was a one storybrick building which contained a store and the theatre and was operated by Samuel & Herman Robbin.

The theatre was redesigned by William S. Plager in 1919 with the main entrance facing Eleventh Street and an enlarged seating capacity of 320.

The Carolina Theatre closed in 1952 and was demolished in the early 1970’s, when it was replaced by an office building.