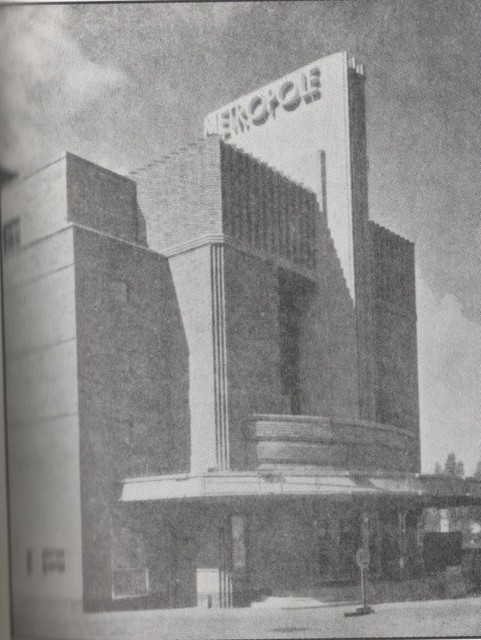 I always remember this cinema as being a bit more theatre-like than the nearby Southend ABC and Odeon. However, the Southend cinemas were my locals, and so were frequented the most.

The Metropole Cinema was designed in a magnificent Art Deco style by noted cinema architect Reginald W.G. Cooper of Nottingham. It opened on Easter Monday, 1939 with seating provided for 1,189 in stalls and circle levels. The exterior was dominated by a centrally located slender fin-tower which had the name ‘Metropole’ across the top. It was operated by Ben Jay’s Circuit. Closed in July 1940 due to flooding and war damage, it remained closed for two years, re-opening under the management of the Albion Circuit and presenting variety shows as well as films. Later operated by John E. Pearce, it was taken over by the Essoldo circuit in January 1954 and re-named Essoldo in May 1954.

It was demolished and the whole site was redeveloped and now contains a Halfords store and associated car park.