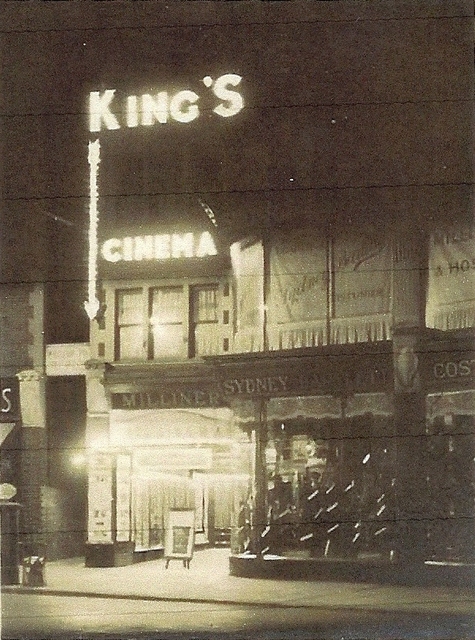 Located in the Essex seaside town of Westcliff-on-Sea (near Southend-on-Sea). The King’s Hall was opened in January 1907, and was located through an alley behind buildings on Hamlet Court Road. By 1909 it was operating as the King’s Hall Picture House. It was operated by the National Bioscope Company. Seating was provided in stalls and a small circle, and was equipped with a small organ. In 1912 it was operated by Andrews Pictures Ltd., followed by a couple of independent operators.

In March 1921 it was closed due to damage from a fire, but was re-opened after repairs were carried out. Now operated by Ashby’s Grand Halls Ltd., by 1930 it had been re-named King’s Hall Cinema, and by 1937 it had become the King’s Cinema.

The King’s Cinema was closed in January 1940 and was converted to be used as a dance hall during World War II. The auditorium has since been demolished, and the site is used as a car park. The buildings fronting Hamlet Court Road and the entrance alley still remain in 2014.