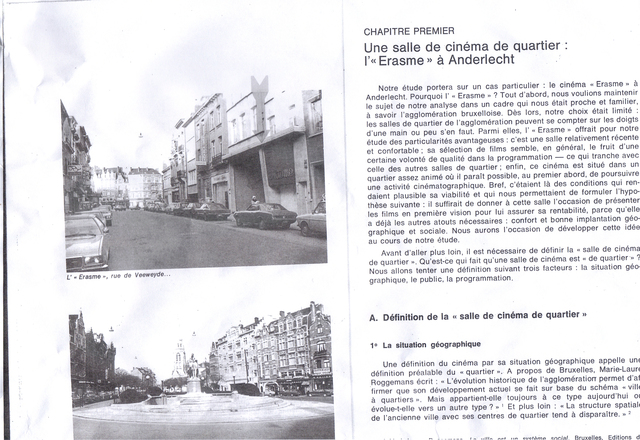 This was the newest cinema of the Anderlecht district and under the direction of Dr. de Herdt, it opened in December 1958. The auditorium was located upstairs on the first floor, and was in a stadium plan with a stepped auditorium. It was an all modern cinema, the biggest success of its short carreer was “The Bridge on the Rive Kwai” which played for two weeks in early-1959. In the early-1960’s, the programming was chosen with taste.

In the 1970’s, there were plans to make a triplex of it, and to show first run films, but it never happened. The Erasme Cinema closed at the end of 1976, and since then it has become a Flemish cultural centre named Zinema. It was closed in late-2014. In September 2017 it was being renovated with plans to re-open as a special events, theatre for live performances in January 2018.