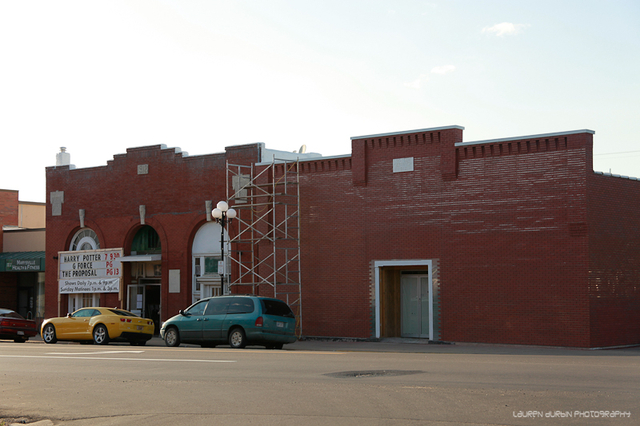 Constructed in 1912 as the Christian Athletic Hall. On October 24, 1913 it became the Palm Garden Theatre. On February 15 1922 was converted to the Isis Theatre.

Richard Smith renovated the theatre in 1970 and renamed it the Astro Theatre. During the 1980’s it was converted to three screens. It is now owned by Alex Schultz and continues to show first run films on three screens.

The name for the Christian Athletic Hall lasted for a short time. It was renamed as the Miller Palm Garden on October 24, 1913 and went over a few name changes containing the word “Palm Garden” such as “The Palm Garden” and “Palm Garden Theatre”. Directed by Liberty Theatre owner A.R. Zimmer and manager R.E. Berber, the theater changed its name to the Isis Theatre on February 15, 1922. The theater reopened with “The Testing Book” starring William S. Hart, along with a comedy titled “Oh, Buddy”, a Christie Special Comedy.