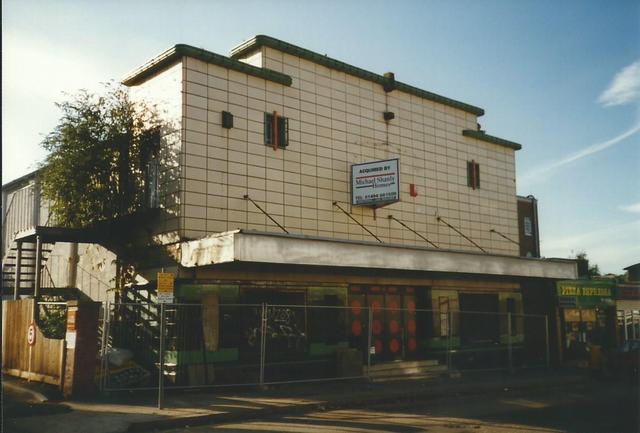 Located in the district of New Barnet in Barnet, Greater London. The building was originally an Assembly Rooms, where early cinema shows were held at the turn of the 20th century.

It was converted into the Hippodrome Cinema, opening on 27th April 1925 with Bryant Washburn in "Marriage a la Carte" and Hoot Gibson in "Blinky". The venture was not a great success and it closed on 18th July 1925.

New owners took control and it re-opened on 10th October 1925 as the New Barnet Kinema. It was more successful and was closed in May 1926 for rebuilding as a purpose built cinema.

Re-opened on 11th November 1926 as the New Barnet Picture Theatre, with 600 seats in the stalls and 150 in the balcony. In September 1933, it was re-named Regal Cinema. Closed again in June 1937 for further rebuilding to the plans of the architectural firm Howes & Jackman. A new facade in cream faiance tiles was constructed. The Regal Cinema re-opened on 11th October 1937 with Henry Fonda in "Wings of the Morning" and Clair Trevor in "Career Woman". It had a 24 feet wide proscenium, a stage and two dressing rooms.

The Regal Cinema closed on 28th July 1966 with "The Wonderful World of the Brothers Grimm". It had been taken over by Classic Cinemas chain and was converted into one of their Vogue Bingo Club’s. Later operated by Mecca Bingo, it closed in 1988. It became a snooker club for several year, and finally became a Quazer laser war games centre from 1994 until 1997. The Regal Cinema was demolished in 1999, and a block of flats named Clivedon Court was built on the site.

And another picture here: