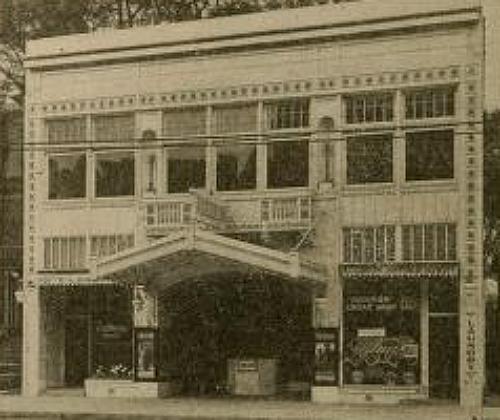 When it opened, the Addison Theatre was a legitimate theater, which was designed by C. Howard Crane in 1913. It could seat 582 and opened in early-1914.

Less than a year later, however, it changed its name, to the Fine Arts Theatre, and format, from legitimate, to movies.

After decades as a first-run house, the aging theatre was purchased and renovated by Joe Foster in the early-1970’s. Under Foster, the Fine Arts Theatre screened classic and family movies.

However, in 1980, it was closed again, the last films being a double feature of "Jason and the Argonauts" and "Song of the South".

During the 1990’s, the theatre was used on and off as a nightclub, featuring jazz, rap and comedy concerts, as well as dining. It was shut down by the city in 1998 and has stood vacant ever since.

“The Right Productions has started booking performances for the Fine Arts Theatre on Woodward in Midtown. The theater had not been in use for over a decade.

The Right Productions occupied the space late last year and is in the process of buying it. Theyâ€™ve held seven events in the 1914-theater since December, including four during Super Bowl week. "