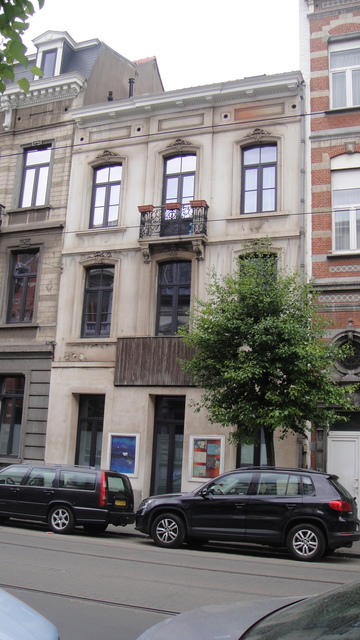 This cinema belonged to the Catholic school Institut Notre Dame. In the 1940’s some Catholic schools had an auditorium for movie shows, other examples are Le Cinema des Familles in Brussels and the Familia Cinema in the Schaerbeek district.

The Excelsior Cinema was more a cine club, open a few days a week, we may call it in French ‘Salle de Repertoire’. Screening classic movies and what we now call art house films. In 1965 accord was made with the direction of the Arenberg Cinema then in the street of the same name, now called Nova Cinema. Since the late-1960’s, it still showed films occasionally, but now it is the sports hall of the Institut Notre Dame.