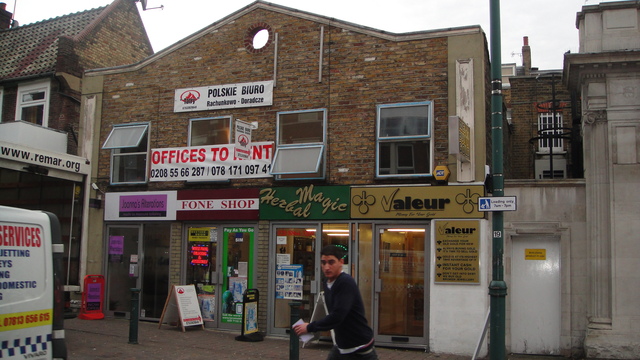 Located in the east London district of Leytonstone, adjacent to the National Westminster Bank building on High Road Leytonstone, near Aylmer Road. The Palace Electric Theatre opened on 18th December 1909. It was a conversion from an existing building, and the architect in charge was W.R. Lawrence. The cinema had its own tea room.

In early-1913, it changed ownership and was re-furbished, re-opening in March 1913 with a new ventilation system. This was to be short lived, as the Leytonstone Palace Cinema was closed in May 1913.

It was later taken over and used by Vintner’s Business Training College for many years. In 1955, the facade was re-built, and it was converted into a shop. In 1995, it was in retail use as a furniture store, and in 2008, part of the building is in use as a mini cab office.