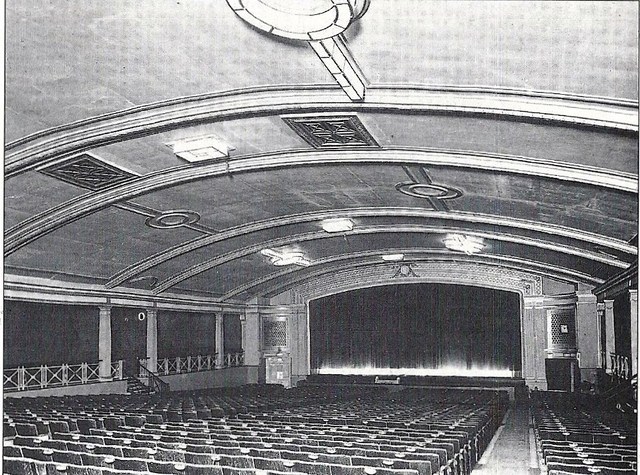 Located in the east London district of Leytonstone. The Rink Picture Palace opened on 15th June 1911 in a conversion of the Leytonstone Roller Skating Rink, which had opened in October 1909, next to St. John’s Church. The conversion was carried out to the designs of architect P. Cornish, and there was a seating capacity of 1,000 all on a single floor. The Rink Picture Palace had two entrances, one on High Road Leytonstone which was adjacent to Bearman’s Department Store that was reach by a long arcade, and an entrance at the rear on Kirkdale Road. The cinema was taken over by Bernstein Theatres in 1926 and on 30th October 1926, the Rink Picture Palace was closed for reconstruction, the last film being “The Sea Beast”.

In January 1945 it was damaged by a German bomb and was closed for repairs, re-opening on 1st October 1945. It was fully taken over by Granada Theatres Ltd. from March 1965, and was re-named Granada from 25th June 1967.

The compton organ was removed from the Granada in 1973 and is now housed in St. Mary’s Church, Hornchurch, Essex. The Granada closed on 27th April 1974 with Virginia McKenna in “Swallows and Amazons” and Bill Travers in “The Lion at Worlds End. The Granada was soon demolished and the site was first used as a car park for Bearman’s Department Store, which was itself closed in 1983 when it was operated by the Co-Op. A supermarket was built on the site, which became a Matalan store.

Apparently, the Rialto’s Compton organ was not a success, said to be more a fault of the installation rather than the quality of the instrument. Somewhat pointedly, the Bernsteins never installed another Compton organ in any of their cinemas, although some were inherited in theatres acquired by them.