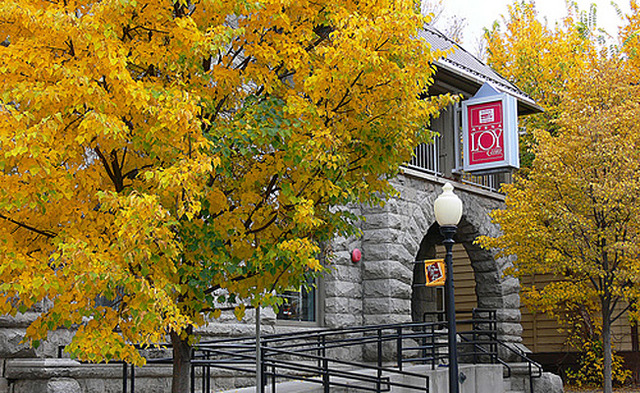 The Myrna Loy Center is the only outlet for foreign and alternative cinema in the Helena, Montana region. It began in 1976 as the Helena Film Society and was founded by classic film buffs Arnie Malina and Jay Tieger. Their venue was originally based in the Colorado Building at No. 9 Placer. Second Story Cinema, as it was called, played classic and foreign language films in addition to many local cultural events.

A grant from the National Endowment for the Arts in 1985 enabled it to find a permanent home in 1991 in the historic Lewis and Clark County Jail in downtown Helena.

Screen legend Myrna Loy was born as Myrna Williams in 1905 in the town of Radersburg near Helena and moved to Helena at an early age. She went on to make her name, mainly at MGM studios, in over a hundred movies, including television, from 1925 to 1982. Myrna passed away in 1993 and is buried in Helena.

In addition to the main auditorium the theater provides a 55 seat screening room with 35mm capabilities. The center used to compete with the now closed Circus Twin Theatre and Gaslight Theatre for first run fare but since the arrival of Cinemark their choice of first run mainstream films has dried up. In addition to the center’s performing arts schedule they generally show films, which cannot be found at the local multiplex.

The theater is in the former MASSIVE Lewis and Clark County Jail, built in 1890 and used till the early 1980’s. The building is on the National Register of Historic Places.