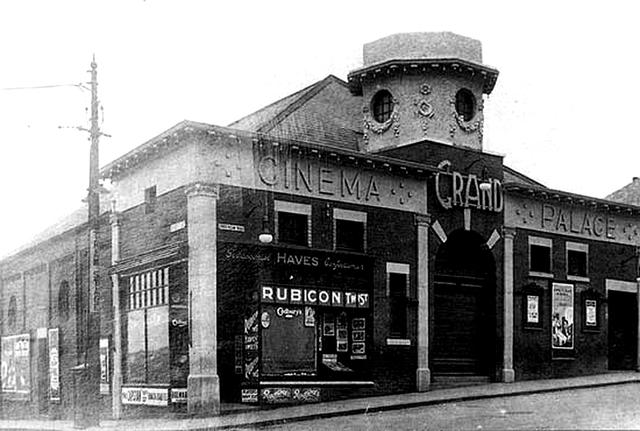 Located in the west Newcastle district of Benwell. The Grand Cinema Palace was built in 1911 on the corner of Condercum Road and Benwell Lane, opening on 7th August 1911. Seating was provided for 448 in the stalls, 192 in the circle and 26 in private boxes. Reputedly its basement electric generator could be heard rumbling during quieter passages of the films. On 5th September 1932 it dropped films and operated as a live theatre, but this was a short lived venture and films soon returned, although variety acts were now part of the programme for many years. It closed as a cinema on 26th September 1956 and served as a Ferodo Brakes warehouse for many years before being demolished to make way for a Presto supermarket car park in 1982. The Presto has since gone.

Kinematogaph Year Book 1914 lists the Grand Palace Cinema with 650 seats operated by J. Grantham. He is still the operator in KYB 1928.

In KYB 1937 the proprietors are E.J. Hinge Circuit of Grey Street, Newcastle, who have installed BTP sound. The listing gives: 670 seats; a 20ft wide proscenium; a 25ft deep stage; and 3 dressing rooms.