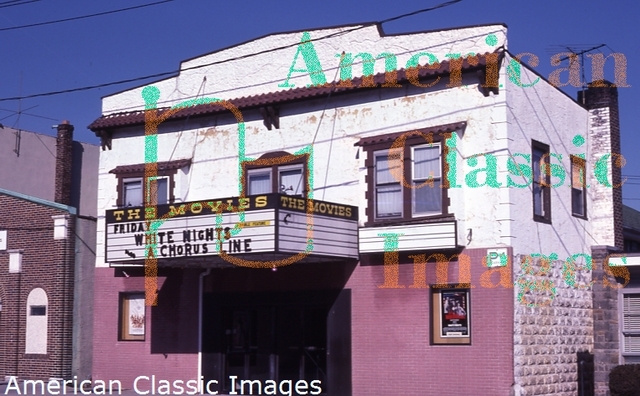 The Bellmore Theatre was opened on July 5, 1915, and this may be the oldest operating theatre on Long Island. It was one of the first theatres in the area and was originally a silent movie house. Almost it’s whole life it was as a second run and double feature house.

For many years it was operated by KB Theatres, a local chain. When they got rid of it, it spent two years showing off-beat foreign and independent films. The owners tried to run festivals that included 3-D and revivals. They then sold the theatre to the current owners who have restored the theatre and play first run engagements plus occasional family orientated stage shows.

In 2020 this is one of only two Long Island single screen movie houses, the other being in North Shore Towers.

On occasional weekends and during school holidays they often present a family oriented stage show.

Please update, only two single screen theatres in Long Island, Bellmore and North Shore Towers on border line of Queens/Nassau. Both single screens own by the same owner.

I have been trying to get a more accurate opening date for this theater as I have read everything from 1908 to 1922 (as stated in the theater bio on this page). These are all recent sources from the past few decades and since they do not agree with each other … I have searched old newspapers for my information. Below is some of what I found… (I will post some old photos and newspaper clippings to the photo section soon)

A L@@k Back at this Movie House’s History…

General Contractor and Builder, Antonio (aka Anthony) Palermo – who once lived at 800 Bellmore Avenue, in Bellmore – built the first movie theater in Bellmore … the BELLMORE THEATRE in 1914-15. It was built on land that was part of what was once known as Fredericks Park, just north of the Railroad Depot on Petit Avenue.

Building of the two story, 40 foot by 100 foot structure, that would accommodate 500 movie paytrons commenced in 1914 and the Grand Opening Movie Show and Vaudeville Show was on Monday, July 5th, 1915 … right after the community’s Fourth of July festivities.

One Hundred and Five years ago motion picture houses played silent movies and required the services of a pianist to accompany the movies live as they were projected on the screen. The August 20th, 1915 issue of the Nassau Post announced that Bellmore resident and musician of rare ability, Mrs. Maurice Higgins, had taken the position as theatre pianist and that she had formerly worked for the Vitagraph company. Her husband, Maurice, owned an interior decorating firm in town at Bedford Avenue near Merrick Road back in the day.

That First Summer… Tuesday Nights were “Broken Coin” Night with parts of the serial playing each Tuesday. https://en.m.wikipedia.org/wiki/The_Broken_Coin

Friday Nights were “Chaplin” Night with Charlie Chaplin movies on the bill every Friday and always a crowd and plenty of laughs.

The Nassau Post of July 23rd, 1915 was already reporting that the Jitney Bus from Wantagh to Bellmore Theatre was always filled to capacity on ‘picture nights’.

And the building is still a movie theater today some 105 years later!

ridethetrain Don’t forget the jewel box Westhampton Beach Performing Arts Center which always has a significant foreign and independent selection of films in its programming and the tiny Plaza Media and Arts Center in Patchogue as single screen venues.

Theatre has yet to reopen after the Covid closing although the nearby Playhouse has. I find that interesting because there was an article quite some time back how they were outfitting the space with barriers to enable social distancing.

The theatre is reopening in a few weeks, recently got an email, on the stamfels mailing list.

Good. I wonder how many of the indies we’ll have lost due to the pandemic.