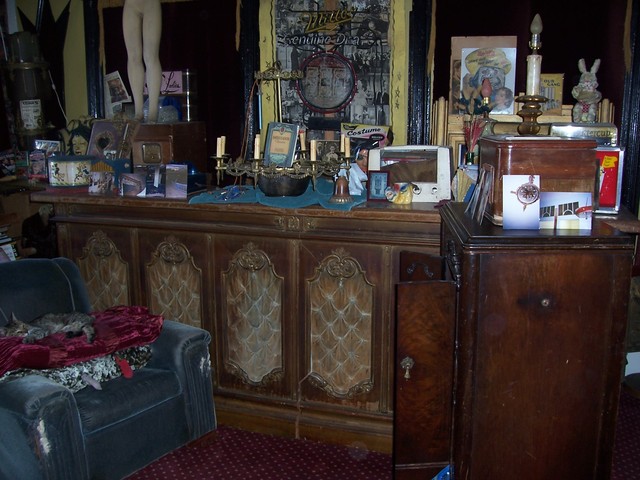 Opened in September 1921 as the 1,443-seat Tivoli Theatre. It also had a 951-seat roof garden theatre. It presented movies and vaudeville and was equipped with a Kimball theatre organ. In the 1970’s it was operating as a ‘straight’ adult movie theatre up to February 1975

In March 1975 it became one on New York’s most popular adult all male film theatres, renamed Adonis Theatre, which operated successfully until it was closed in 1989, and business transferred to the Cameo Art Cinema on 8th Avenue at W. 44th Street (later the Playpen Theatre). The Adonis Theatre was demolished in 1995.

The Adonis was built in 1921 on a lot at 839 Eighth Avenue, between 50th and 51st streets, and dubbed The Tivoli. It had an impressive Renaissance façade, and its large marquee became a distinctive fixture on the west border of the Theater District neighbourhood. It came complete with a grand lobby and a balcony flanked by solid two-story Ionic columns. With a seating capacity of 1,433 and an open-air “roof garden theatre” of 951 seats (which probably fell into disuse when the talkie era began), it was, as period advertising boasted, ideally suited for the presentation of “films, orchestra and grand opera soloists.” It also came equipped with a Kimball organ. Like most theatres, it changed ownership and booking policy through the decades, including a stint in the early ‘60s as a showcase for Spanish-language films.

Wilson was one of the more colourful characters of Times Square, but she was also an ace businesswoman, and in 1968/69 added to her stable of smut cinemas by building The Capri and The Eros 1 from the ground up in what had been apartment buildings. These two classic mini-theaters, together with The Eros 2, which was later renamed The Venus, were clustered in the vicinity of Eighth Ave and 45th street. Titles like Virgin Flesh and Sex Deal adorned their marquees.

While we’re at it, two ads posted in photos, one as the Tivoli from February 1975 and one as the Adonis from March 1975

to Mike(saps) thanks of the info. so it seems the theater played regular films of whatever genre till the early 60s. the first time I remember seeing an ad for the theater when till called the Tivoli was in say 1969/1970 when it was showing soft-core straight exploitation films.

18 months before “Deep Throat” took the world by storm, The Tivoli made history in NY by playing “Mona” the first sexually explicit “feature” film with actors and plot and not a movie disguised as a pseudo documentary or marriage manual. Opening ads in photo section.

Hey bigjoe59 from everything I have heard, Wakefield Poole’s “Boys in the Sand” was indeed the first feature length picture, opening at the 55th. Even HBO’s “The Deuce” had an episode devoted to it.

Jesus Christ…! (And I mean that as a prayer.)

does anyone know how long this theater was closed so they
could shoot the scene for the film Times Square?