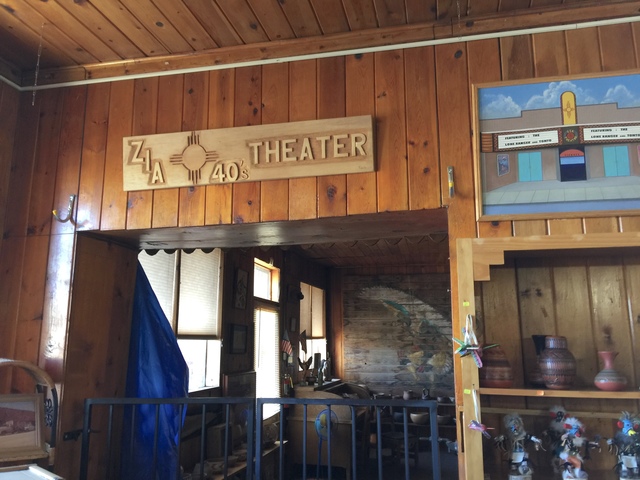 James and Ella Silva built the 150-seat Zia Theater in 1938 and operated it with the couple’s six children. The Albuquerque Journal reported in 2005 that master carpenter Clemente Salazar built it at a cost of $1,500. The screen, projector, popcorn machine, and the 1905 Moorish-style light fixtures came from the remodeled Lensic Theatre in Santa Fe.

The Zia Theater closed in 1950 because Route 66 was changed from two to four lanes, taking 30 feet off of the building. Today, the building is occupied by the Pottery House, which is part of a row of buildings extending down the street, which were once owned by the Silvas.