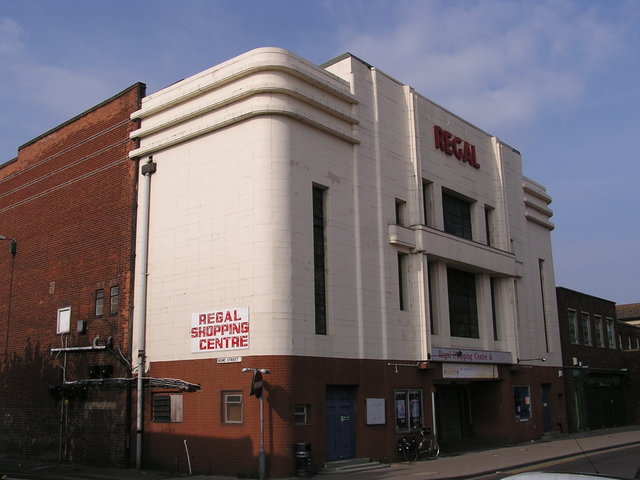 Located in Boston, Lincolnshire at the corner of West Street and Bond Street. The Regal Super Cinema opened on 31st May 1937 with Will Hay in “Good Morning Boys”. Seating was provided for 1,000 in the stalls and 350 in the circle. It was equipped with a Western Electric(WE) sound system. In late-1963 it was closed to enable the stage to be enlarged and the installation of equipment from the closed New Theatre.

It re-opened on 26th December 1963 as the Regal Theatre with the pantomime “Babes in the Wood”. Stage shows and films then continued until it was closed on 3rd July 1976 with a screening of the Swedish sex film “Anita” starring Christina Lindberg.

In 1979 it was converted into small shops in the lower stalls. The circle area became a 200-seat Regal Cinema from 9th May 1983 when it re-opened with “Airplane 2”. Films ceased on 4th January 2001 with a screening of “Charlie’s Angels”. It was converted into a night club. In mid-2002 a serious fire later occurred and the building was demolished around 2006. The site is now a car park.