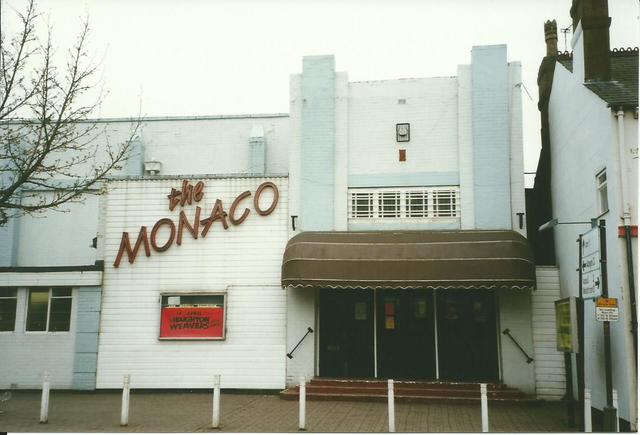 In Hindley, near Wigan, Lancashire, the Rex Cinema was built on the site of some cottages, only a few yards from Hindley Parish Church. It was built by Tiger Cinemas Ltd. The frontage was in rustic brick and, according to Tiger Cinemas' company secretary J. W. Livesey, “the cinema has been designed on entirely new lines, the idea being to construct the hall scientifically perfect and at the same time to so treat it and decorate it as to produce in the minds of the public a feeling of well-being and comfort”. The main structure was of steel, with the floors being of reinforced concrete.

Confusion reigns over the opening date. In July 1938 the Wigan ‘Observer’ reported that the Rex Cinema had opened some four months earlier, on Wednesday 17th March. However, that appears to have been oddly premature, as a subsequent report stated that the cinema opened on Monday 1st August with “God’s Country and the Woman” starring George Brent. However, the situation gets even cloudier with a further report that says that the cinematograph licence was only granted to Richard Ball, manager, on Friday 19th August! At least everyone agrees on the year as 1938!

Even the seating capacity is in some doubt. Early reports stated that seating would be provided for 620 patrons: 420 in the stalls and 200 in the circle. However, a total capacity of 910 was recorded when the Rex Cinema had opened; this figure is given in the Kinematograph Year Books for 1940 and 1953.

Despite being the last of the town’s cinemas to open, the Rex Cinema was the first to close, on 10th February 1957 with Henry Fonda in “Mr Roberts”.

Perhaps the owner saw a business opportunity away from the film shows, as the building was leased to Wigan Corporation and converted into the popular Monaco Ballroom. That use continues, with the ballroom now (November 2015) run by Wigan Leisure and Culture Trust as the Rose Club.