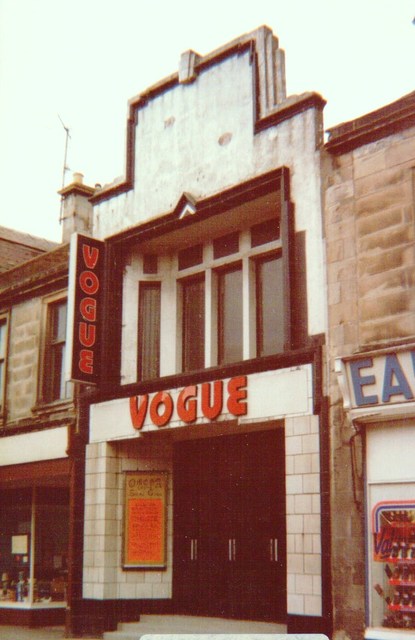 In Girvan, on the west coast of Scotland, the Regal Cinema was opened prior to 1932.

According to the 1940 Kinematograph Year Book, the proprietor was Regal Picture House (Girvan) Ltd. The proscenium was 50ft wide, and the stage 16ft deep. There were two dressing rooms, and a café attached.

By the 1953 edition the proprietor was Associated G. P. Cinemas, of Glasgow.

According to the scottishcinemas.org.uk, the Regal Cinema was renamed the George at some stage, but I have not been able to verify this.

The cinema closed in the late-1970’s, but the building was acquired by Vogue Bingo and operated for a while as a bingo club & cinema. By June 2003, when I visited, it was operating as Omega Bingo, which closed in October 2000.

An image on Google Street View dated August 2011 shows the building, with its Omega Bingo signage, boarded up.