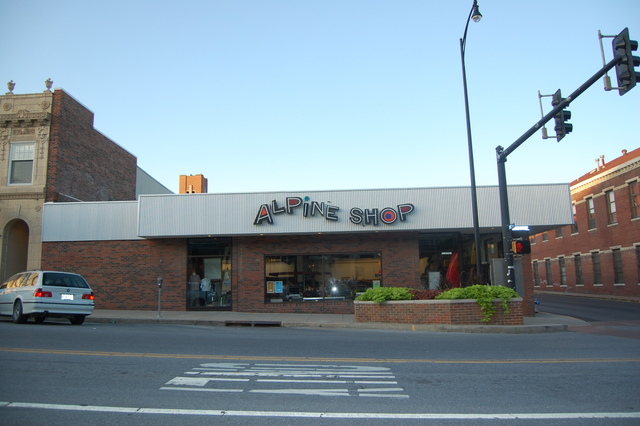 The Campus Twin Cinema opened on September 8, 1971. They held a open house with free movies on the day prior to its opening on September 7, 1971. When the theater officially opened the following day the admission prices were $1.50 for adults and .75 for children.

It originally opened as part of the Mid America Theatres chain. This was the first twin theater to be opened in Columbia, Missouri. The opening day newspaper ad promoted the opening of the theater as the Expectant Arrival of Twins.

Commonwealth Theatres took over the operations of the theaters in 1986 followed by UA and later Crown Theatres before closing in 1998.

After the Forum 8 opened in 1992, the Campus began showing primarily art house movies. While it would show the occasional mainstream film (usually either grade-Z big studio stuff or a late in the run moveovers from the Cinema or Mall), it mostly served as Columbia’s first dedicated art house in 20 years. While I was a Mizzou student, I remember seeing such films as Trainspotting, Hamlet, Kids, Dead Man Walking, and Big Night there.

The Campus shut down in November 1998, the same weekend that the Stadium 14 opened. The space is now a ski shop. The center wall that divided the two auditoriums remains.

I started working at the Twin in 1973 as concessionist, then moved to usher and finally projectionist. I worked there for five years, all of my friends worked at theatres, Uptown, Missouri and it was a great time to be employed at a theatre. I can tell alot of stories about the campus twin. Jeff Westbrook