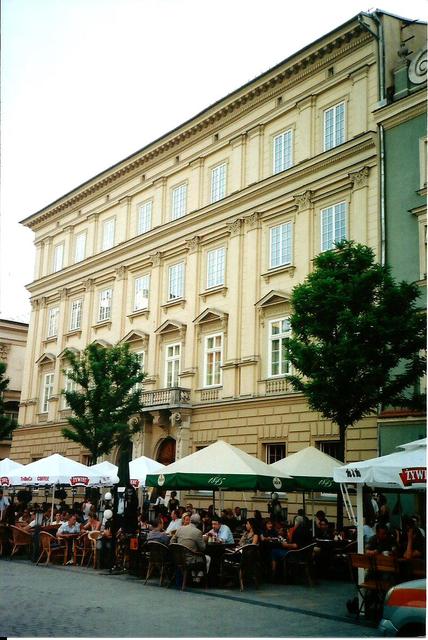 In Krakow, Poland, the Kino Pod Baranami was constructed in a former palace owned by the Potocki family, one of the oldest palace buildings in the city. Translated as “Under the Rams”, the cinema gets its name from the rams' heads over the courtyard entrance. The cinema is reached via a somewhat unassuming door on the left hand side of the courtyard, and climbing a grand staircase to the first or second floor.

The original auditorium, now the ‘Red Salon’, is the grandest, with 128 seats, and is on the first floor with the paybox. It has red Pullman seats and a coffered wooden ceiling featuring curling foliage.