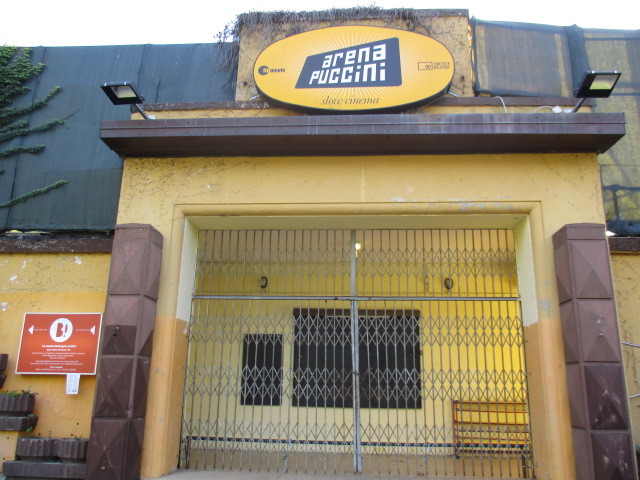 In Bologna, the largest city in the Emilia-Romagna region of Northern Italy, Arena Puccini is a permanently-installed, summer-season open-air cinema in parkland to the north of the city centre. It opened in 1935 and is operated by the Cineteca di Bologna.

The seating area is surrounded by a high fence, although I was able to peer through gaps in the exit gates. There is no fixed seating, so either it is brought in when the cinema is in operation, or patrons simply bring their chairs. In 2016, film shows ceased on 6th September; by the time I visited, two weeks later, the screen had already been removed from its frame.