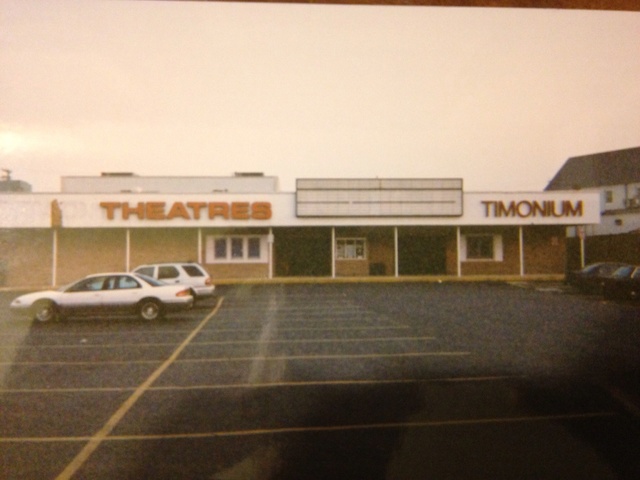 Built by Rappaport Theatres, the Timonium I & II opened June 27, 1973 in the Timonium Shopping Center, located in an outer northern suburb of Baltimore, MD, at 2131 York Road, across from the Maryland State Fairgrounds. Designed by Donald B. Ratcliffe, of Ebert & Associates, it featured a combined seating capacity of 925 with 500 in screen 1 and 425 in screen 2. There was easy access to parking for over 1,000 cars, and was decorated in early American décor. On June 6, 1976 the large screen 1 was divided to create two narrow auditoriums.

It’s last day was on October 1, 2000. The last movies they played were Scary Movie, What Lies Beneath, and Autumn In New York.