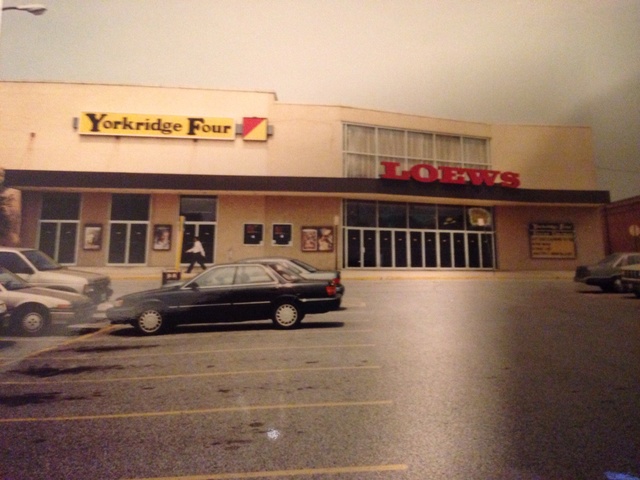 Located in the outer north Baltimore suburb of Lutherville. The Cine I - Cinema II was opened by Schwaber Enterprises on August 19, 1964 with George Peppard & Alan Ladd in “The Carpetbaggers” and Saro Urzi in “Seduced and Abandoned”. It was the first twin theatre to be built in Maryland. Cinema I had 500 seats and Cinema II had 800 seats.

It was renamed Yorkridge 2 in 1979 and in 1982 it was leased by JF Theatres who converted it into a four screen theatre in the summer of 1983. In 1988 JF Theatres were taken over by Loews Cineplex and they closed the Yorkridge 4 in January 2000. It was demolished in mid-2004.