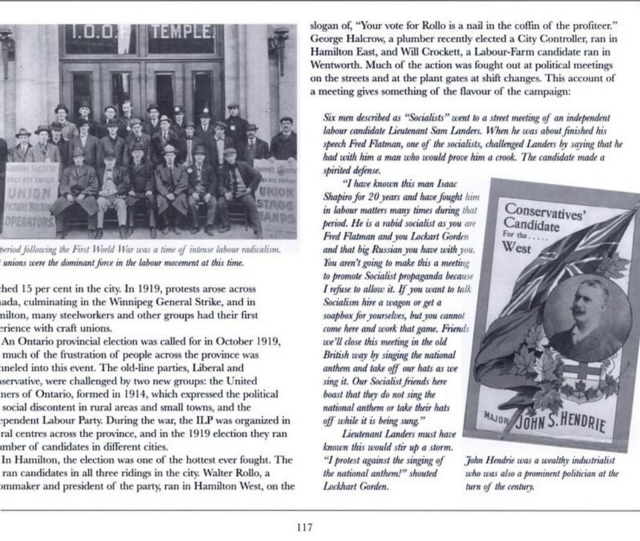 In 1912, John Griffin announced he would be building a theatre on the site of the Cecil Hotel building. The theatre opened in September of 1913 and had cost $125,000. It would hold 1,700. It was 66 feet wide and 140 feet deep, and had a state of the art movie projection and screen unique to Hamilton. It showed high class movies as well as live performances, and it featured an amateur night. However, by June of 1915, the “Hamilton Spectator” was reporting the theatre was about to be taken over by other interests. It was closed in 1917 and although they stated they would continue it as a theatre, that didn’t happen, since the Alexandra Arcade took over the space. It was demolished by 1930.

The architect’s drawing is the only place that I have seen this building referred to as the Griffin Opera House.

Contemporary newspaper listings always refer to it as Griffin’s Theatre.

John J. Griffin, was a early cinema pioneer who was involved with the circus and carnival circuit, at the turn of the century. By 1905 he was the manager of the Sells Brother’s Circus.

With his son, Peter Griffin he formed the Griffin Amusement Company, which opened a string of nickelodeon storefront cinemas, beginning in Toronto in 1906.

The Hamilton Griffin’s Theatre opened in September of 1913, about a month after the Lyric Theatre on Mary Street.

Because Griffin had made his fortune by partnering with Ambrose Small’s legitimate theatre circuit providing “small time” vaudeville on typically early week dark nights, he was able to attract investment which allowed him to lease and control more than thirty theatres across Ontario by 1920, the year in which he retired.

The Hamilton Theatre was short lived. By 1917, the same year that the Loews Corporation opened its new theatre on King Street, his consortium of local investors, sold the building to the Arcade Department store, immediately adjacent to the south.

The interior of the theatre was gutted to become retail space. By 1930, both the former Griffin Theatre, and the Arcade department store, were demolished to build the Eaton’s Department store.

Ironically, the Arcade Department store building had been constructed in the 1870s, as the Mechanic’s Institute, and the third floor hall, the Academy of Music, was one of Hamilton’s earliest live performance venues.

Further info, and his connection with the Brockville Opera House, can be found at the link below.