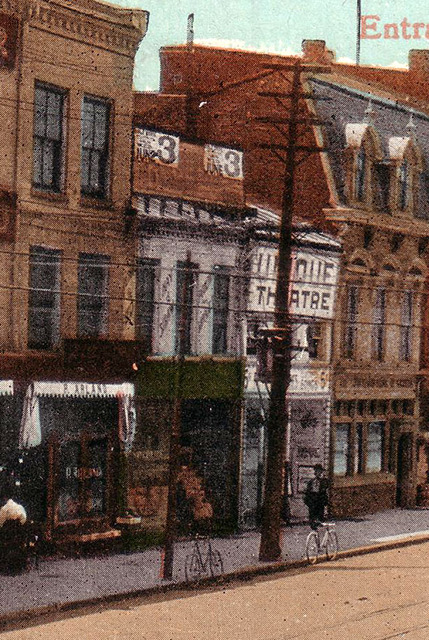 The Unique Theatre, was an early nickelodeon, that existed at 8 Market Square, between 1908 and 1931.

It was directly across the street from old city hall.

The Unique Theatre was patronized by the huge weekly crowd that would assemble to visit the large farmer’s market that operated in the square.

By 1932 it is gone, likely converted to retail use.

By the 1940s the address is the Majestic Restaurant.

This whole section of the street was expropriated by the city in 1969, and ultimately becomes the Jackson Square retail complex. The street no longer exists.

Ironically the Jackson Square cinemas, are about 600 feet away from where this tiny nickelodeon, once stood.

I will share the fire insurance map from 1911 that shows the layout of the building. It really was very, very small.