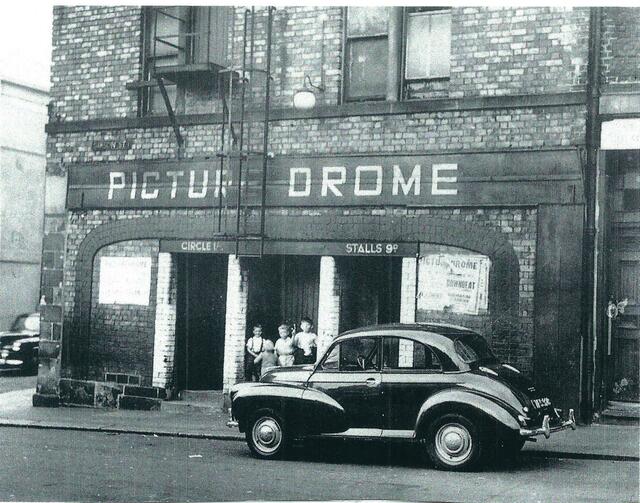 Situated just to the south of Newcastle upon Tyne city centre, the Picturedrome appears to have been the least prepossessing of all of the city’s cinemas. The original building dated from 1878 and had been a large three-storey house with a drapers shop on the ground floor. It was situated at the junction of Gibson Street and Buxton Street.

The Picturedrome opened on 30th July 1910. Plans for the building were drawn by architectural firm Hope & Tasker of Newcastle upon Tyne. Interior decorations were by Mr. J. Thorne. There were galleries on the rear and side walls.

In September 1942 a police inspection resulted in S. C. Millar being fined £15 10s when the police failed to find a responsible person in charge, just a youth of 15 working the projectors.

For reasons not specified, the cinema’s licence was withdrawn on 21st November 1942. In 1944 architect Edwin M. Lawson drew up plans for a refurbishment. But the Picturedrome didn’t reopen until November 1952. It had been reseated, which reduced the capacity further, to 184 in the stalls and 79 in the galleries (a total of 263).

Run by part-time staff, the Picturedrome soldiered on for a further eight years, but the inevitable closure arrived on 20th August 1960. The final films were “The Buccaneer”, starring Yul Brynner, and Bob Hope in “The Paleface”.

The building was demolished.