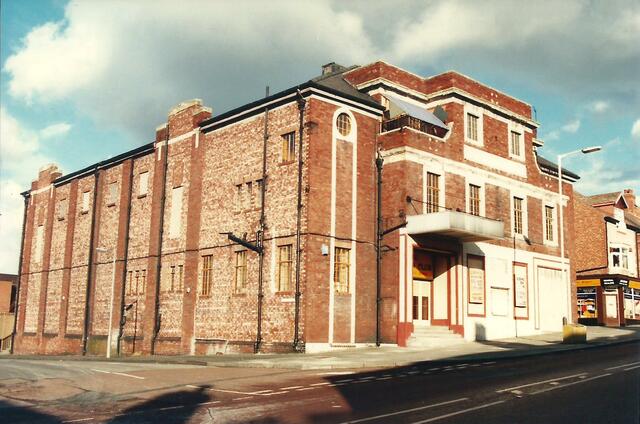 Located in the Low Fell district of Gateshead, Tyne & Wear. The Classic Cinema was opened by the mayor, Alderman W. E. Wardill on 5th November 1928. The opening film was “The Magic Flame”, starring Ronald Colman. The building was constructed out of reinforced concrete; the façade was in red brick with vertical features in light-coloured artificial stone. There was an orchestra pit and a 32ft wide stage. The seating capacity was 1,029: 529 in the stalls and 500 in the circle.

In September 1929 the silent version of “The Jazz Singer” was screened, with songs sung by Wilfred Bourn. Some months later, British Acoustic(BA) sound was installed, and the first ‘talkie’ was “Words and Music”, starring Lois Moran, on 19th May 1930: at which time Joseph Chapman and the members of his orchestra were given two weeks' notice. (Sadly, Mr Chapman was unemployed for five years, and so bitter that he refused to ever see a talking picture.)

In January 1935 the Classic became part of the Hinge circuit then, in October 1946, it was acquired by the Essoldo circuit, and given their name. It had a British Thomson-Houston(BTH) sound system.

Children’s matinees were held on Saturday afternoons as The Essoldo Youth Club.

By 1953, according to the Kinematograph Year Book, the seating capacity had been increased slightly, to 1,074.

The Essoldo closed as a cinema on 14th September 1961 in favour of bingo. Not an unusual occurrence, but what was unusual is that films returned on 4th December, with bingo restricted to Saturday and Sunday only.

However, this was only a relatively short reprieve, as films ceased permanently on 24th November 1962, with the ironically titled “Reprieve”, starring Ben Gazzara and Howard Keel in “Armoured Command”.

So bingo triumphed in the end, but even that did not last. Much more recently, the building has been demolished and replaced by an apartment complex called Anchor (the entrance to which is off Salkeld Road).