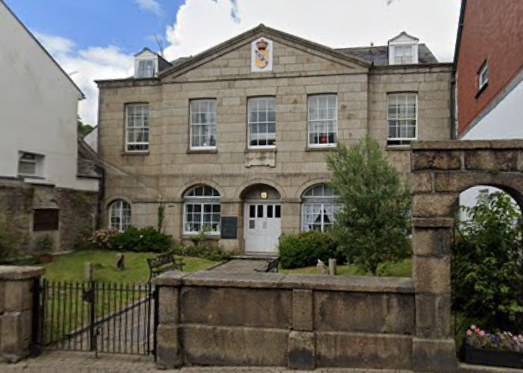 A conversion of part of the Old Grammar School which was built in 1781, and the upstairs room was initially intended to be used as a market hall and Assembly Room. The Grammar School closed in 1842. The room had various uses until the early-1910’s when it became a cinema. It is not known when it closed, but it was not listed by 1927.

The town got another cinema, the Glynn Cinema in 1937, which has its own page on Cinema Treasures.

The Electric Cinema building has been converted into housing.

With thanks to Jenny King (my mum) for the research that found this early venue!