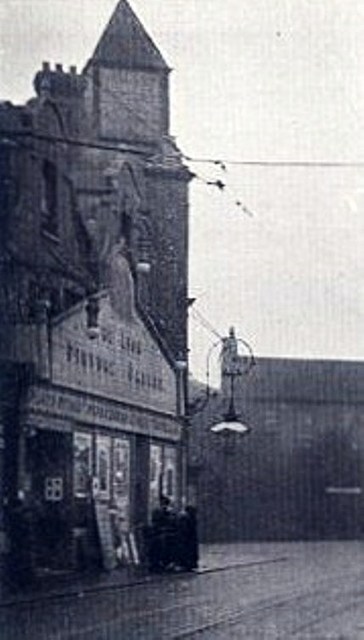 Located in the east London inner-city district of Leyton. A conversion from retail premises, the Lion Picture Palace opened in 1912. The premises had previously been the Lion Sanitory Steam Laundry Co. Ltd. and was located adjacent to the Lion and Key pub. A new frontage was erected over the entrance.

The Lion Picture Palace closed in around 1918, and reverted back to retail use, and the cinema facade was removed. In 2008, a travel agency operated from the building, and by April 2012 it was a Café Sports cafe.