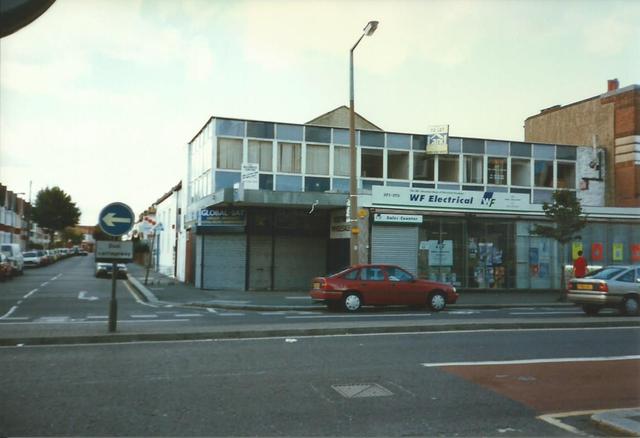 Located in the east London district of Leyton, on Lea Bridge Road at the corner of Theobald Road. The Markhouse Cinema opened in 1913. Seating was provided on a single floor.

In 1936, it was re-named Regal Cinema. Always independently operated, it was closed in 1942. It later became a small factory, and in the late 1960’s, the rather decorative front of the building was demolished when it became a car repair workshop. A modern frontage was added and the interior had been gutted.

In 2008, the building was being used as a hair stylist and an electrical appliance shop.