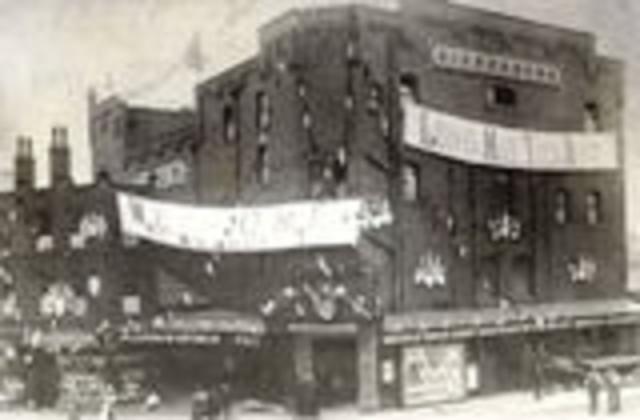 Located in the centre of Rochdale, Lancashire. Originally close to this site on Newgate was a wooden building known as the Circus and Hippodrome, which has its own page on Cinema Treasures. It was was closed and demolished in 1907 due to road works.

In 1920, architect Robert Cromie re-designed the building. Around 1931, the Hippodrome Theatre was equipped with a RCA sound system. Twice nightly variety shows continued, but there were also weeks of film programmes. The duel-use continued until it was closed in the mid-1950’s. It was then used for a spasmodic series of events, and in 1959 one of these events was a Housy-Housy Tournament, to raise money for local funds. The Hippodrome Theatre was demolished in 1970.