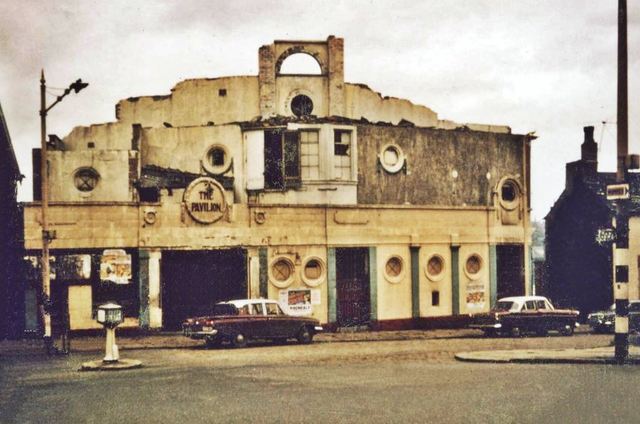 Located in Rochdale, Lancashire. The Pavilion Picture Palace was opened on 6th December 1912. It had a 22 feet wide proscenium. It screened its first sound film George Jessell in “Lucky Boy” in 1929, when a sound on disc system had been installed. It was soon taken over by the H.D. Moorhouse Circuit and they installed a British Talking Pictures(BTP) sound system and was renamed Pavilion Cinema. The sound system was later changed to British Accoustic(BA).

The Pavilion Cinema was never equipped with CinemaScope and was closed by 1963.