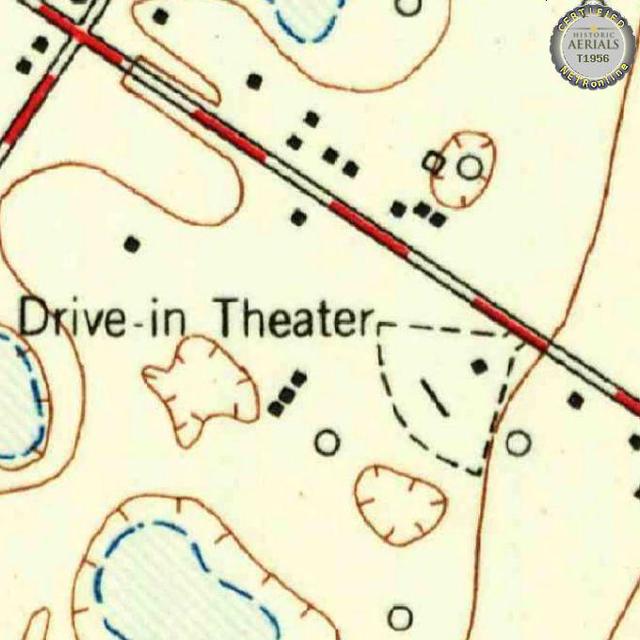 The Trail Drive-In opened June 12, 1952, with Alan Ladd in “Branded”. There was room for 400 cars, a patio seating 100 and a playground. According to the Aransas Pass Progress, the owners were Chester Kyle, P.S. Joseph, and R. Latham. A competitor, the Tarpon Drive-In opened in nearby Inglewood on July 3.

In January 1955 to prepare for CinemaScope a 12-foot addition was added to each side of the screen, bringing total length to 80 feet. In February 1956 while owned by Ernie Falgout, the screen and tower were destroyed by fire, was rebuilt, and opened again in April.

In 1961 the drive-in was demolished and Mr. Falgout built a bowling center on the site, which most recently is Sully’s Bowling Lanes.