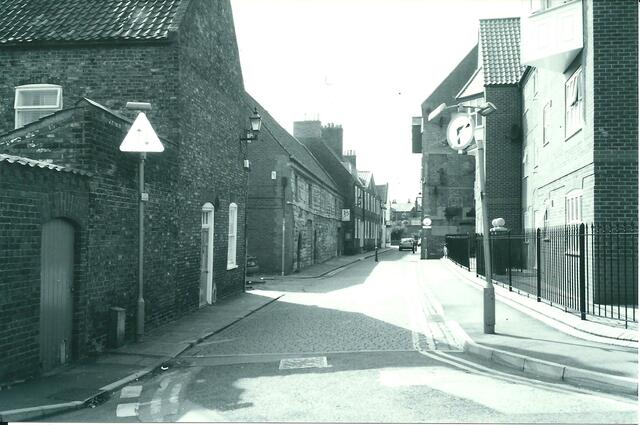 Situated in Boston, Lincolnshire, the Blackfriars Theatre and Arts Centre is home to two very successful local amateur dramatic and operatic groups, as well as hosting a varied programme of professional stage productions.

Its history as a venue for the arts dates to a meeting of local drama and arts groups in 1959, at which it was resolved to find premises which could be converted into a theatre. Led by Alan Champion, warden of Pilgrim College, and local architect Alan Meldrum, the idea of creating a “Little Theatre” from the remains of the thirteenth century Dominican Friary, in Spain Lane, was formed. In September 1961 the Blackfriars Trust was formed to raise money for the conversion, supported by a grant from the Ministry of Works.

The opening of the theatre in 1966 was the first stage in the development of a complete Arts Centre. Over the following years two studios, a kitchen and office were added, and in 1980 the first full-time professional director was appointed. Today Blackfriars is run by a board of directors and relies on a dedicated force of volunteers.

Back in May 1993 it was announced that the-then Blackfriars Arts Centre would be fully equipped to show films, with the intention of bringing to the city films that “people are having to travel quite long distances to see”. Despite these ‘art-house’ pretensions, the plans were heavily criticised by Jack Judd, who ran the Regal Cinema in the city (see separate Cinema Treasures entry) and who feared that this subsidised cinema would need to start showing the mainstream films he was relying on.

The 16ft by 14ft screen was installed so it could be flown above the stage, while rear projection was utilised. The new screen and Westrex projector, with a Cinemechanica 4000 lamp house, fed from a Westrex tower, cost £10,000.

The new 237-seat Blackfriars Cinema was officially opened at a civic gala evening on Wednesday 15th September 1993, with guest of honour, actor Jeremy Irons, joining an enthusiastic audience. The opening film was “Waterland”, which the actor starred in and which was filmed in part in the area around Boston. The stage was dressed with props from the film.

Additional funding had been received from Arts Council England. Unfortunately, for reasons that are not known, that body withdrew its funding in 2006. As Jack Judd had intimated, without this subsidy the Blackfriars Cinema was unable to continue and film shows ceased.

The Arts Centre itself closed in April 2008, presumably due to wider funding issues. However, it managed to ‘bounce back’, and is now operating successfully as the Blackfriars Theatre and Arts Centre - albeit without any significant film offerings.

In addition to the main theatre (which now seats 224), there is also a Cabaret Revue Bar, Foyer Gallery, art studio and other multi-purpose rooms.